After I moved to New York at the turn of the 21st century, I became a regular freelance photographer for The Chief, a paper covering city labor unions, and for several union locals.

My goal, besides making sure people were in focus and that I spelled their names correctly, was to show the best side of people who get little recognition. In recent years, I became a park activist with the same goals.

My advocacy continues here with these photo albums highlighting those people and their efforts to gain justice, respect, and change.

Scroll on down for other kinds of photo stories:from the Chicago Board of Trade in the 1970s, amusing animals and “Blooms Behind Bars.”

This is the group I founded in 2018 with other pissed off residents of the neighborhood to save our park from a boneheaded plan to raze it and build a giant levee. I created and maintain the website linked above. Below there are links to several photo albums on my portfolio website of this fine Lower East Side park many of us tried to save.

Photo of an influential rabbi Leib Glanz, who arranged a bar mitzvah for the son of a rich prisoner in the Manhattan jail. He’s greeting Rep. Charles Rangel at an event I shot for The Chief. The New York Times asked for use of it. Click here for the tawdry story that includes my photo.

Retired Police Officer Isabelle Redman grins after receiving the Purple Shield at the NYPD’s Medal Day. Ten years after being critically injured in the crash of her patrol car, Ms. Redman has started a second career as an Assistant District Attorney and lectures cops on safe driving (6/25/04). Click here for other interesting photos from The Chief, the newspaper for NYC labor unions 2003-2008 (caption courtesy of The Chief).

Working as a freelancer for New York city and state labor unions and The Chief newspaper for a dozen years was fun and also rewarding–including first-place awards from the International Labor Communications Association for these photos:

STUDENTS IN THE GARDEN: Second graders at the Eubie Blake Children’s Garden in Brooklyn learn about the parts of plants from teacher Ryan Cain. New York Teacher (United Federation of Teachers)

Even while I ran all over the five boroughs taking pictures for the unions, I kept trying to capture even more of the visual excitement of the city. Here are some photos and photo-essays.

Unfamous Neighborhoods of the Bronx

Irv Fishman, our Lower East Side neighbor, grew up in the Bronx in the 1920s and ’30s. One fine September day in 2012 when Irv was 93, we set out for an exploration of his old neighborhood by the Cross-Bronx Expressway. The ethnic makeup of Bathgate has changed, but the area was then and is now a gritty industrial/residential area filled with immigrant strivers. Irv died at age 95 in 2014. The history not recorded is gone. Here is one person’s history we did gather about Bathgate.

Blooms Behind Bars, Bushes in Bondage
A salute to the brave plants of New York City

A buried muscle car from the 70s, a Firebird, is a garden feature at the (late) auto body shop in the shadow of the Williamsburg Bridge on the Lower East Side of Manhattan (now an apartment building). Roses grow profusely. Later in the season there were squash vines above.

From thousands of stills of the view of downtown and the East River from my apartment on the Lower East Side I culled hundreds of photos to make a movie. The view is so compelling, always changing–the weather, the buildings the seasons.
Music by Joe Henderson, Sonny Rollins, Joni Mitchell (singing “Stormy Weather”) and La Bruja. No copyright infringement is intended.

No advocacy here, just charming pigs, dogs, a rabbit, doves, and a homely frog. Don’t look if you are offended by the lack of dignity in dressed up dogs and other silliness. You’ll see no cats. I just haven’t captured a cat moment better than what I see on social media every day.

Chicago Board of Trade, 1971
Commodities tracked with blackboards, shot with a Nikon F, 1971

In a box of film negatives, I unearthed pictures I took of the Chicago Board of Trade‘s busy commodities market.
The photos and a short essay appeared in Gaper’s Block, the wonderfully named Chicago webzine no longer published, but it is archived.

This is where I’ve been posting since 2005–with even more scanned pictures from old family albums, and my own photo work from the 70’s onward. I continue to put up my photos that I find most interesting and entertaining. 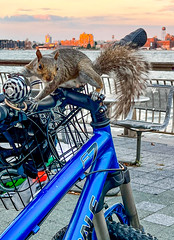 Many of the photos on this website are available in high-resolution format. Do not use any photos in any way without permission. Please e-mail your request. Pat Arnow © 2008-2022